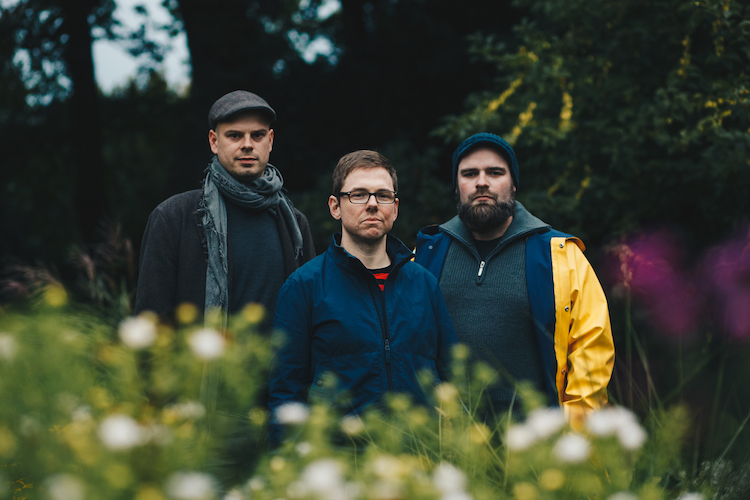 Black as Chalk release music video for their Single Snake Handler. New album Ouro by the band from Göttingen to be released September 14th 2018.

(sp) Independent rock band Black as Chalk from Göttingen release the first single Snake Handler off their upcoming fourth studio album.
For this, the Band produced a video with filmmakers EneMeneMovie from Göttingen, in which Florian Donath from Deutsches Theater Göttingen plays the leading role. From this emerged a captivating music video where the protagonist flees through a kafkaesque office maze from ‒ literally
‒ faceless colleagues.

The fourth studio album by the indie pioneers from Göttingen will be released this fall. “It’s a cliche”, singer and guitar player Julian Schima says. “But our new album really is the best we have ever recorded”. After some changes in personnel – the piano had to go – the band has recently been showing off a more rock-orientated and direct approach during live shows. This new, more rustic sound is what they wanted to get on tape. This goal was achieved and the single provides a glimpse of that. “While we experimented with new sounds and to some extent also with synthesizers, Rhodes and drum machines, what distinguishes the album on a basic level is that rustic sound”, tells drummer Tim Geppert. “The void that was left by the departure of the “Well-Tempered Clavier” in the studio was filled successfully with a huge clank of cymbals”, Schima jokingly adds.