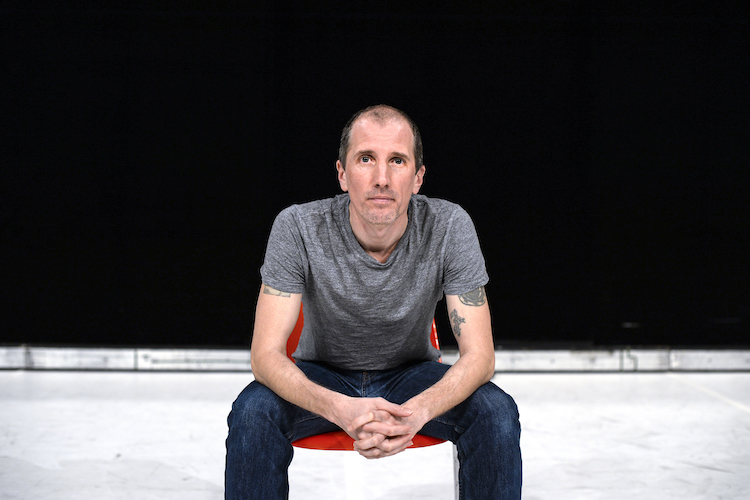 After umteen years making music under the moniker of Convertible and a zillion more as the mountain of madness behind HP Zinker- not to mention the Goldene Zitronen, a career in Theatre and a half dozen novels, Hans Platzgumer needed a place to go.

It needed to be a place safe from the glut one can dredge up on the Internet. Grand in scope. Vague on specifics. Open to interpretation. Somewhere cultivating of that which can be taken home and held like a well worn LP from days gone by.

Or, better yet: a scurvy little town in Norway, a country freshly minted as „free of shit“ by the American president. Where the winters are long and children run naked in the snow under swaying northern lights. This is where Hans went. Only… he didn’t go anywhere.

It was a culminating fiction. Like a play. Like his novels. In the end it became Colin Holst, a figure Hans made up, writing feverishly in the tool-shed behind his parent’s house on Holst Gate, Kongsberg, producing songs of outstanding beauty. Hans became Colin, Convertible became Holst Gate. Now the first release born from this manifestation is out: the sublime single and accompanying video „Final Call“. July will bring a follow up single.

The full Holst Gate album will deliver on November 16th, 2018. In reality Holst Gate is a little street in Kongsberg that you can choose to Google up; but we recommend journeying to this place of majesty via Convertible‘s indelible conduit.