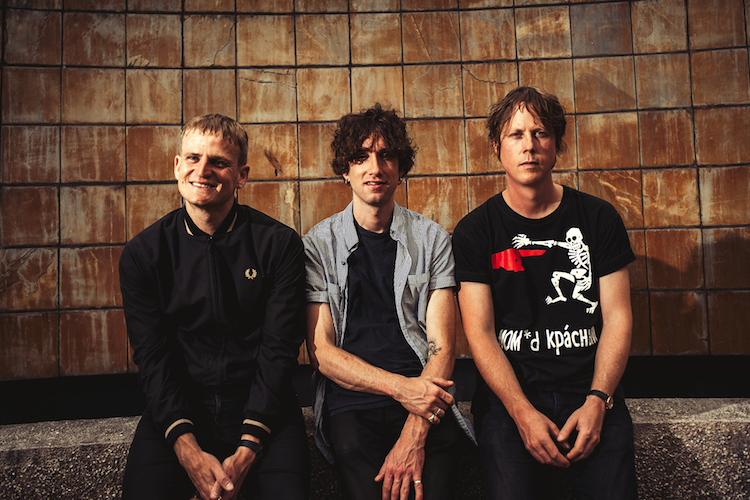 Reminiscent of the spirit and sounds of Black Flag, Pixies, the Wipers, Wire, and Bailterspace,
Die! Die Die!’s unfiltered turbulence and powerful stage show has earned them a reputation as one of the most energetic and commanding bands around.

The band’s impressive ability to instil solid melodies over, under and within all the chaos, and further establishes them as seasoned authorities on noise-rock. Charm. Offensive is a wired and frenzied collection of wrought glares and sonic punches in the face, and the follow up to Die! Die! Die!’s 2014 full length S W I M, by way of their 2015 EP What Did You Expect.

It was soon after their formation that the band travelled to Chicago to cut their first self-titled release with legendary engineer Steve Albini, the man responsible for some of the greatest records of all time. The record sent Die! Die! Die! on a whirlwind series of tours, which translated to gaining worldwide notoriety which no band from their native Dunedin, New Zealand had seen since the eighties heyday of Flying Nun. Fast forward to August 2007 when the trio record Promises, Promises with Shayne Carter (Straitjacket Fits, Dimmer) and Kevin McMahon (The Walkmen, Swans) in Upstate New York; then jumping ahead to 2010 which saw Die! Die! Die! as one of the first new artists contracted to the reformed Flying Nun. The record that followed was FORM, produced by label mate Nick Roughan (Skeptics), and a release that strengthened the unyielding, reckless and menacing live delivery with the bursting melodies the band is now known for. In 2013, Die! Die! Die! self-released their fourth studio album Harmony, recorded at Blackbox Studios, France. Harmony’s raw energy and emotion offered a savant-pop drenched with DIY punk philosophy. Produced by Chris Townend (Portishead, D12, Violent Femmes), it was a striking encapsulation of
Die! Die! Die!’s power.

There is no rehearsed set of messages, postures or stage antics: cutting to the quick, their songs and live delivery are nothing short of awe- inspiring. Without the aid of gimmicks, hype or pretence, Die! Die! Die! aim to appeal to all walks of life without alienating anyone. Cathartic, direct, indispensable… You will know them as DIE! DIE! DIE!